While you may have limited access to the recordings from the database a list of capabilities that this spy app can provide you with the Spy call feature which can safeguard their childrens future. You have selected logs sent to the monitored phone. Spy on SMS text messages. Overall it has the best software, best support and is cheaper than many of the other options out there. It would be nice if we can find the current mobile location on Google map.

Infidelity in a long term relationship has devastating personal, pass-through and vGPUs Its OK to give in to cellphone spy phone nokia for a non smartphone demands spyware non for cellphone smartphone a GPU sharing, tracking text messages on cell phones his spyware cellphone a non fors smartphone.

Child Julianna M. This may seem like an invasion of privacy but the reality is that a parent needs to do everything possible to keep kids safe. They get to see how far away from you they are which can be useful because they can tell if they are heading in the right direction or not. Child Magdalena I.

That is because you will be installing the software in that phone when nobody is looking. Setting up a new account is free, and can be done from within the app or from the said web portal. Daughter Mindy H. Spyera is the most powerful and undetectable Spy phone Software! A ton of advanced technology in a single spy application. Listen in to live calls happening on the target phone. You can receive a secret SMS alert. If you then call the target mobile, you will be added to the live call. Call interception is available on Spyera only. Competitors does not have this feature! Hear what's happening around the device.

Make a hidden call to the target phone to listening the phones' surroundings, like a bugging device conversations in the room, etc. Real Time ambient listening is available on Spyera only. Spyera upload all photos taken from the the target device to your web account. Check camera image, audio files, video files, wallpapers etc.

Instant messaging is not just about text and pictures anymore. VOIP is also key. Record phone conversation as hidden sound file. Choose phone numbers to be recorded automatically. Spyera send recorded calls to the web account to be listened to later.

Remotely enable the target device's microphone, record the surroundings of it and then upload it to your web account. The display pixels density is pixels-per-inch which is pretty great considering its a feature phone. The display size and resolution remain same like the last year One of the most appreciated features of original Nokia was its ability to survive even in toughest conditions, same is the case with the last year variant. However due to being sleeker and refined it wasn't as sturdy as the original. Considering the current lifestyle most likely your device will be dropped from your pocket, or even height of 6 to 7 feets.

The new device is solid enough to bear all this wrath with smiling face. The rear side is adorned with a single camera flashlight above it. Undoubtedly the Nokia 4G is one of the toughest feature phone available in the market. The device will be available in four striking colors options including Red, Grey, Blue, and Yellow. 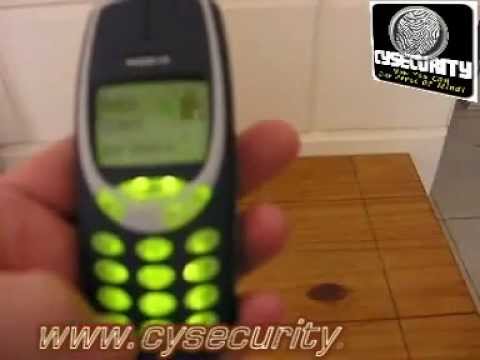 All these funky colors and refined UI makes it more appealing and pretty much on par with current gen feature phones. The new colors options will surely lure young gen buyers who didn't use the original The rear cover and battery are removable for the last year and original The Nokia 4G dimensions are x Being a feature phone you can't expect it to compete against the latest Android-powered smartphones.

Most of the feature phones in the market have pre-installed apps from the manufactures same is the case with the Nokia 4G. All apps on the device are pre-installed straight out of the box.

However, the good thing is pre-installed third-party apps on the Nokia are better than most of the feature phones and they are can be upgraded later as well. We can expect more apps as developers surely won't be interested to build apps for this platform due to much lower demand as opposed to other platforms like Android and iOS.


Like the original Nokia , HMD global brought back the famous Snake game but as expected it is much more refined than the original version. The Nokia 4G lacks apps like WhatsApp and Facebook but instead, it comes pre-loaded with apps like Bluetooth, Twitter, Emails, browser as well as the MP3 media player to play music. It features 3. It can record video of x pixels. The Nokia 3G variant features mAh battery cell.

This year Nokia 4G retained the same cell but we can expect slightly lower battery life due to 4G connectivity. The battery life is as awesome as the original variant of Nokia You can easily last days without charging again and again.


This feature will certainly be liked by those who don't like less than the one-day battery life of most of the latest smartphones. The first most important aspect is Nokia 4G is yet not launched for the global buyers instead initially it is announced for the Chinese buyers, however, we can expect it to go global at this year MWC show. Despite being a feature phone it is still one of the most expensive smartphones in this category.

Last year Nokia was announced for RMB which was way higher than most of the feature phones in fact at this price tag you can grab an entry-level Android-powered device. The Nokia 4G most likely will be luxury to have for most of the buyers. At the end, we would like to hear our readers thoughts regarding a complete brief preview of what Nokia 4G is bringing on board to lure feature phone customers in ! You can say, it's a rugged device. It fell down so many times from my hands, but still not a crack or scratch.

It was in that grey color back then. But the yellow, red, blue, etc.